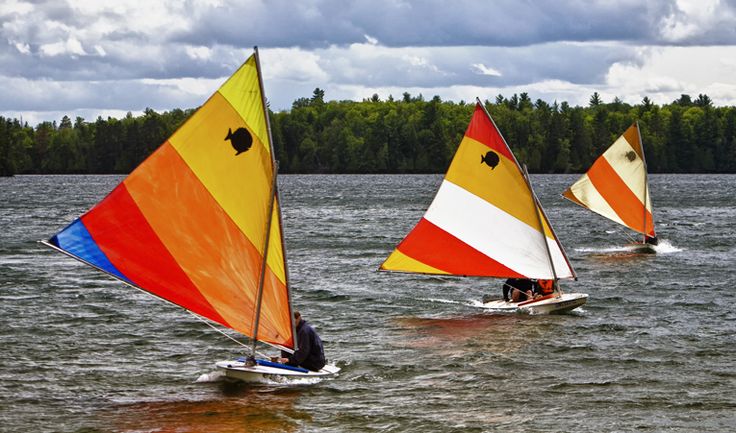 At our August 7th, annual association meeting, I offered to initiate a weekend sailing series on Lovell Lake. I was not sure there would be interest but was surprised by how many attendees were eager to participate. They spoke of a vibrant sailing scene decades ago. Several offered suggestions. A neighbor offered up an older sunfish for anyone’s use. Someone said they had the old racing buoys stored at their camp. Another woman asked where her husband could buy a new sail to replace their old mouse eaten one.

So, I’m game to put together a FUN Sunday race program. Initially, we’ll plan on a Sunday start with the first practice start commencing around 1:00 PM. Welcome are both seasoned racing skippers and anyone else with a sailboat that knows how to sail. The best way to learn to sail better, is to have another boat sail past you and learn to catch them! Don’t be concerned about the rules – there are only FIVE you’ll need to know, and we’ll teach you those.

I had suggested a single class of Sunfish but it’s been suggested we open to all boats and we’ll figure out classifications as needed. I expect Sunfish will be the prominent class. Skippers will decide on how many will crew their boat. We’ll run short races so we get in more starts, which is the critical component most likely to influence the outcome of a race. We’ll wrap up by 3:00. I hope to get in 3 or more races each Sunday.

This will be a work in progress. I’m sure we’ll make many changers along the way based upon feedback from participants. Please talk to others you know who might want to join in. I am very excited to help revive this tradition. Anyone who wants to help with organizing is encouraged to reach out directly to me.

I’d like to try for an initial meeting of those interested in late August and a trial run on the water – maybe Labor Day Weekend. If you are interested in participating, please send me an email with your contact info so I can best prepare, communicate, and share the location of the race course, which will be influenced by the days weather.

Let’s Sail Fast and have fun,